What Are the Causes, Symptoms and Treatment of Anemia? 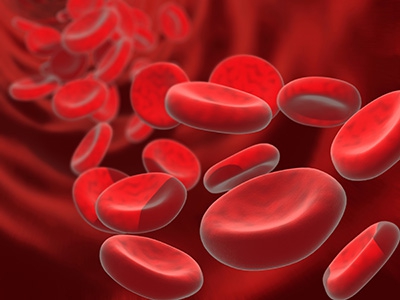 Anemia basically signifies a low red blood cell count or a low hemoglobin level in the blood serum.  It is an important symptom because hemoglobin contained in the red blood cells carries oxygen from the lungs to every cell in the body.

When one is anemic, one’s energy level decreases and one can become quickly tired. If the condition is extreme, oxygen starvation occurs with many other problems such as fainting, low resistance to infections, and inadequate oxygenation of the tissues.

How Blood Is Produced

The majority of blood cells floating in plasma are red blood cells. Production of red blood cells is controlled by your kidneys signaling to your body to do this by generating a specific hormone. After that happens, they're created in your body's bone marrow, the soft tissue inside your bones, and are released into your body's bloodstream from there.

During the approximately four months they're alive, the red blood cells play a major role as an oxygen-transportation system for your body.

Anemias are often divided into two types. The first is a failure to produce enough or high enough quality red blood cells. The second is too rapid or too much destruction of red blood cells by the spleen or for some other reason. Usually, this occurs when red blood cells are not healthy and robust. 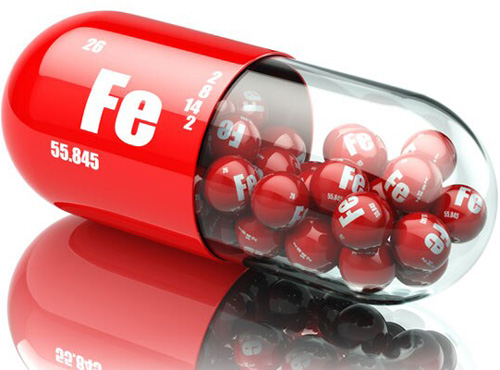 The bone marrow needs iron to make red blood cells. Iron plays an important role in the proper structure of the hemoglobin molecule. If iron intake is limited or inadequate due to poor dietary intake, anemia may occur as a result. This is called iron-deficiency anemia. This is most common in poor nations where people do not eat meat and eggs. It also occurs during pregnancy in some cases, and in young women who have very heavy menstrual periods. It can also occur in some vegetarians who do not eat meat or eggs. Finally, it can occur due to hidden bleeding in the intestines, for example, or somewhere else, perhaps due to an ulcer, cancer or to an accident or injury.

Iron deficiency produces a microcytic, microchromic anemia, meaning that the red blood cells are too small, and they are not very red when viewed under a microscope.

In my experience, simple iron deficiency anemia is not that common in the industrialized nations, except among some vegetarians and young women with extremely heavy menstrual periods, and is easy to take care of by adding more meat and eggs to the diet, in most cases.

Iron is very toxic when in excess. Therefore, beware of taking iron supplements or eating too much meat. In fact, iron overload is extremely common. Our bodies have trouble removing iron, so iron easily can build up in the body, where it causes or contributes to all the major diseases of our time. These include arthritis, inflammation, hair loss, acne, eczema, hypothyroidism ,heart disease, fatty liver, diabetes and cancer.

Copper anemia exactly mimics iron deficiency anemia, and is far more common. It causes a microcytic, microchromic anemia exactly like iron deficiency, can cause low ferritin, and it is extremely common. Doctors often give women iron for this condition, which only makes the women more ill. It is discussed below. These cases do not respond well to iron therapy. Taking an iron supplement when copper imbalance is present often just poisons the body with iron!  Instead, these individuals require a development program to correct the copper imbalance.

Signs and symptoms are those of a mild, chronic, microcytic, microchromic anemia. It occurs most often in young adult women and, at times, in children, though it can occur in anyone.

I take a lot of young women, in particular, off iron supplements when their anemia is due to copper imbalance, and they recover fully. 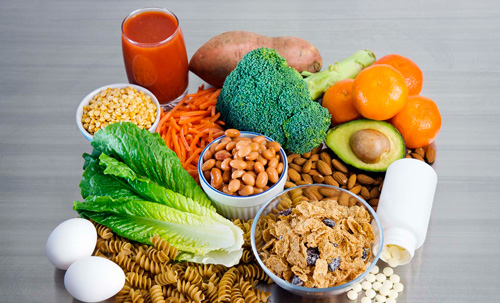 Not eating enough folate can lead to a deficiency in just a few weeks. Deficiency may also occur if you have a disease or genetic mutation that prevents your body from absorbing or converting folate to its usable form. Folate deficiency can cause anemia.

Folate is particularly important in women of childbearing age. Folate deficiency during pregnancy can lead to birth defects.

The symptoms of folate deficiency are often subtle. They include:

The symptoms of anemia that occur due to folate deficiency include:

Vitamin B-6 (pyridoxine) helps the body turn food into energy. It can also help the body fight infections. Pregnant and breastfeeding women need it to help their babies’ brains develop normally. B-6 can be found in chickpeas, tuna, salmon, whole grains and cereals (a portion is the size of your fist), beef liver, ground beef, chicken breast, watermelon (a serving of fruit is also no larger than a fist), potatoes, spinach (a serving size is equivalent to a rounded handful)

Insufficient amounts of B-6 can result in anemia as well as skin disorders, such as a rash or cracks around the mouth. A lack of B-6 also can cause depression, confusion, nausea, anemia, susceptibility to infections, skin rashes (dermatitis) 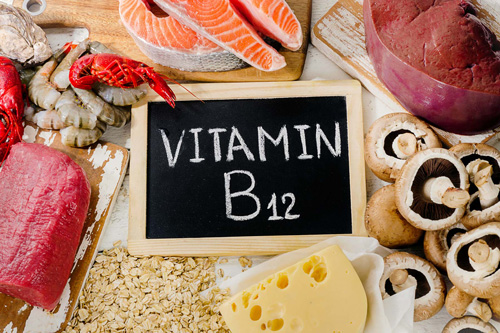 Vitamin B12, also known as cobalamin, is an important water-soluble vitamin. It plays an essential role in the production of your red blood cells and DNA, as well as the proper functioning of your nervous system.

Vitamin B12 is naturally found in animal foods, including meats, fish, poultry, eggs and dairy.

Unfortunately, B12 deficiency is common, especially in the elderly. You’re at risk of deficiency if you don’t get enough from your diet or aren’t able to absorb enough from the food you eat.

Vitamin B12 deficiency causes a macrocytic or so-called pernicious anemia. Most people lose some ability to absorb vitamin B12 from their food as they age. This is a serious problem for many over the age of 60 or perhaps younger, especially if the digestive tract is in poor condition or if one is under a lot of stress. A mild B12 anemia may also occur in vegetarians or others who do not eat much meat or eggs. 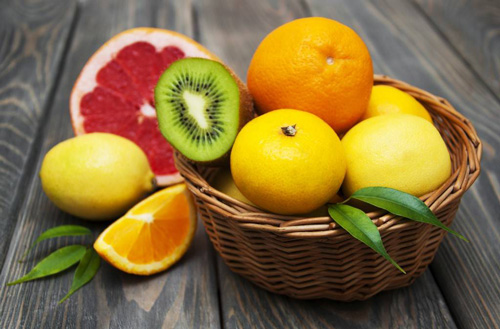 OTHER NUTRIENTS IMBALANCES THAT CAUSE ANEMIA BUT ARE NOT COMMON

Lead And Other Toxic Metals

Lead poisoning is well known for causing a type of anemia that can be fatal. Hidden lead toxicity may be responsible for anemias of chronic disease. This is commonly seen with cancer and other degenerative diseases.

Toxic metals such as cadmium, mercury and others may also affect the bone marrow and interfere with zinc or copper metabolism. This occasionally causes unusual types of anemias and other blood problems.

Zinc deficiency can cause a higher copper, which, in turn, interferes with iron metabolism.

Rarely, excess zinc intake can interfere with iron absorption and cause a copper deficiency. It also decreases copper and iron levels in the liver. This can affect the incorporation and release of iron from liver ferritin. It may also increase the fragility of red blood cells.

OTHER CAUSES FOR ANEMIA

This is another extremely common type of anemia due to internal bleeding, usually from the stomach. It is most commonly seen in older people who use non-steroidal anti-inflammatory drugs for pain such as aspirin, ibuprofen, Tylenol, Aleve and the others. These drugs damage the stomach lining and cause chronic internal bleeding in thousands upon thousands of people. Stopping the drugs is usually sufficient to correct the cause of the anemia. I would suggest always avoiding long-term use of these drugs for this very reason, as often the bleeding is hard to detect until the anemia is far advanced.

These may cause anemia by an interesting mechanism. The body may sequester iron to keep it out of the blood stream during some infections because iron tends to favor the growth of certain bacteria in the body.  One must correct the infection and the anemia most often subsides.

Other infective organisms such as beta-hemolytic strep may destroy red blood cells.

Cancers develop extensive networks of blood vessels and these sometimes rupture, causing internal bleeding. This will result in an anemic condition, at times with no other symptoms at all. 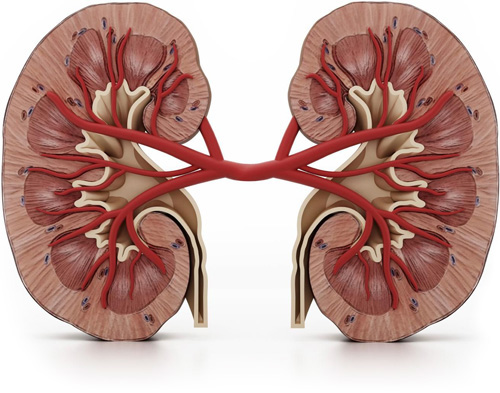 In some areas of the world, leeches, other blood-sucking parasites, and worms that may live inside the body can siphon off enough blood to cause anemia. This is rare in developed nations, however.

Thalassemia is a blood disorder passed down through families (inherited) in which the body makes an abnormal form or inadequate amount of hemoglobin. The disorder results in large numbers of red blood cells being destroyed, which leads to anemia.

You must inherit the gene defect from both parents to develop a thalassemia major.

Thalassemia minor occurs if you receive the faulty gene from only one parent. People with this form of the disorder are carriers of the disease. Most of the time, they do not have symptoms. 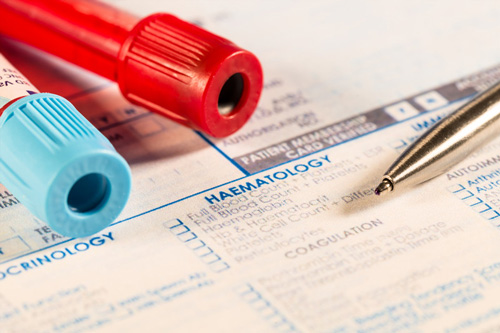 CBC blood test is used to count the number of blood cells in a sample of your blood. For anemia, your doctor will be interested in the levels of the red blood cells contained in the blood (hematocrit) and the hemoglobin in your blood. Normal adult hematocrit values vary from one medical practice to another but are generally between 38.8 and 50 percent for men and 34.9 and 44.5 percent for women. Normal adult hemoglobin values are generally 13.5 to 17.5 grams per deciliter for men and 12 to 15.5 grams per deciliter for women and a normal RBC count would be 4.7 to 6.1 million cells per microlitre (cells/mcL) for men and 4.2 to 5.4 million cells/mcL for women.

As you can see in my photo, I lost almost all my hair. After 6 months with Dr. Nasirzadeh's program, a lot of thin hair is growing on my head. I am very happy and hope that more hair will grow as I continue my treatment. Thanks to Dr. Nasirzadeh.

With Dr. Nasirzadeh’s recommendation, first, I did a blood test then I got my program. He advised me some supplements, creams and solutions. The spots on my face have faded, the puff under my eyes are also gone and in general, my skin is younger and brighter. I’m completely satisfied with the treatment.

The supplements and creams that Dr. Danial recommended to me had a great effect on my skin, I’m satisfied with the result and I will complete my treatment with him for the desired result. Special thanks, doctor. 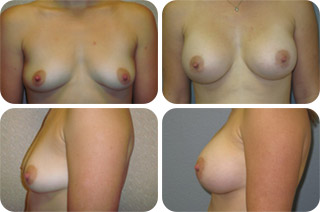 A friend of mine introduced Dr. Nasirzadeh to me. Some blood tests were needed to begin the program, and I sent him the blood test reports. He sent me a program that included two supplements, one multivitamin and the herbal Breast Enhancement, also a moisturizer to prevent skin cracks. I was advised to take them for 3 to 4 months until my breasts reached the desired size. I am now at the end of the third month. My breasts have become bigger and are in better shape. 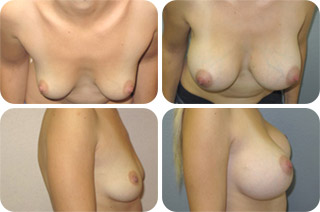 Dr. Nasirzadeh gave me a great program. One cream and two supplements recommended based on the results of hormonal tests. The result was what I wanted and I'm glad that I was under his treatment.

I had chronic sinusitis for many years, and I had to take antibiotics for that. My problem always recurred in the cold season, and it was never completely resolved until I started treatment with Dr. Nasirzadeh. My program included a number of supplements and recommendations that after a few weeks not only completely cured my sinusitis but also increased my energy level. Thank you from the bottom of my heart, Dr. Nasirzadeh 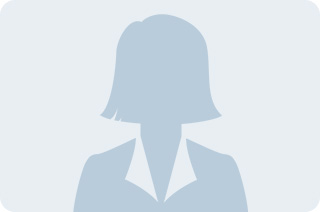 I got mild Covid-19 and isolated myself at home. I felt very tired, and my body ached, so I took an online program from Dr. Nasirzadeh to boost my immune system. After three days, I feel better, and the dizziness and other symptoms have decreased. I also took two separate programs for my parents to strengthen their immune system too.